The Rise of Edibles

Cannabis-based edibles from the pre-legalization era were completely unregulated, and as Forrest Gump would have said, you never knew what type of experience you’d get. These homemade cannabis edibles would have an equal chance to produce explosive hallucinatory effects or be duds. The lack of consistency always kept users on their feet when indulging in the edible treats.

Furthermore, edibles from pre-legalization were placed into unmarked packaging that didn’t disclose an ingredient list or potential strength. It was always the adventurous type that jumped at the chance of consuming a brownie loaded with cannabis butter.

Cannabis butter was another aspect that made pre-legalization edibles a complete novelty. The aroma of marijuana butter was overpowering and was immediately noticeable once out of the packaging. If you wanted to be discreet, cannabis edibles that used cannabutter were not the right choice.

In other words, the cannabis-infused edibles of the past were part of the Wild West that cannabis enthusiasts had to deal with for years until the introduction of cannabis legislation. 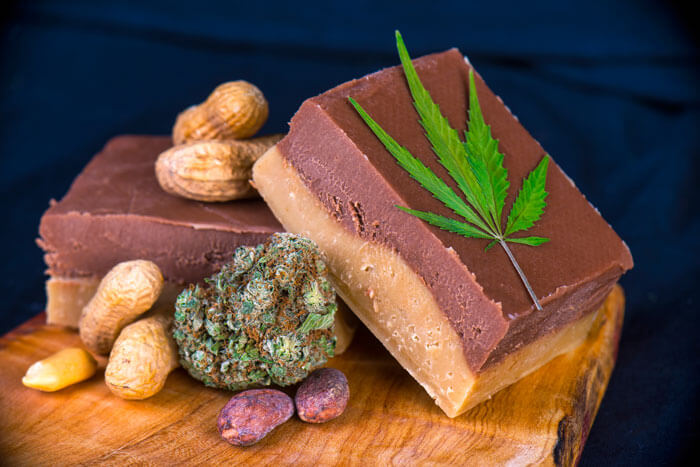 Currently, many states in the USA and all of Canada enjoy marijuana-infused edibles – legally. Canada introduced cannabis 2.0 in October 2019, which ushered in a new era that allows Canadian residents to purchase marijuana-based edibles in-store or online.

In the United States, cannabis edibles are available in both medical and recreational states. In a similar manner to Canada, many states have adopted regulations that limit the amount of available THC and the type of packaging.

Furthermore, all cannabis-based edibles must display the exact amount of THC, ingredients, and dosage on the packaging. These regulations have completely cleaned up the image of marijuana-based edibles and allowed them to gain mainstream adoption.

Without regulations, cannabis-based edibles would have stayed in the murky realm of the black market. Instead, laws regarding marijuana-infused edibles create transparency that’s necessary for consumers.

Cannabis edibles are no longer produced with the use of cannabutter. Instead, they use THC-distillate oil that’s extracted from THC-rich marijuana. This allows cannabis edible producers to dose each product accurately. Accurate dosing produces consistency in edibles, which, up until now, was seldom experienced.

The use of cannabis extracts opened an entirely new realm that made marijuana edibles great again. Edible producers began to make products that are actually delicious and don’t taste like a mouthful of raw cannabis because THC-distillate oil is tasteless and scentless.

With this new and exciting weapon at their disposal, innovative chefs began to utilize THC-distillate oil in their edible creations. Suddenly, canna-chefs were born, and an infinite amount of possibilities in terms of marijuana-infused recipes were at the brink of realization.

Ideation turned into action and creation as canna-chefs began to offer private dinner parties in Los Angeles and New York. Although it has yet to materialize into full-fledged cannabis-based restaurants fully, cannabis edibles have morphed into something new that people want. 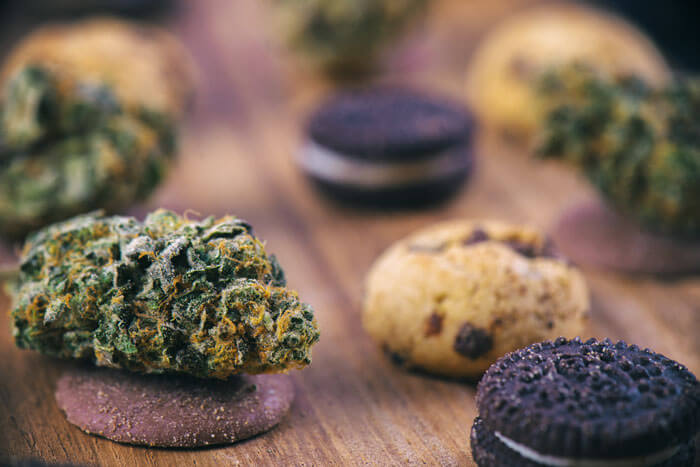 In Canada, cannabis enthusiasts waited with excitement as marijuana edibles become fully legal. Since their introduction, the vast majority of marijuana dispensaries have completely sold out and are continuously back-ordered. Although it may seem like a fad, for now, Canadians are consuming marijuana edibles at a much higher rate than Americans.

It’s likely due to the fact that edibles have not been legal under Canadian law since the country legalized marijuana in late 2018. It took nearly two years for cannabis 2.0 to arrive, but from the looks of it – it was well worth the wait.

Many cannabis users cite health implications as their main reason for switching to marijuana-infused edibles. More and more individuals are becoming concerned with their health, and smoking is quickly decreasing in popularity.

Aside from vaporizing, edibles companies are benefiting from this rise in health concern. Users can consume marijuana without the effects that come along with combusting marijuana, such as lung damage, which leads to less efficient air intake.

Marijuana edibles are very discreet, but why does this matter when they are no longer taboo and widely available? Since marijuana edibles gained the trust of the mainstream, it’s no longer just 20-something consuming them.

Older professionals are now indulging in marijuana-based edibles; however, they tend to prefer discretion. This is another reason why marijuana-infused edibles have resurged in popularity.

Knowing What’s In Your Edible

Lastly, knowing exactly what’s in your edible is a key reason why edible use has skyrocketed. Prior to legalization, many marijuana enthusiasts steered clear of edibles because you never knew how potent they were.

Now, the professional packaging shows users exactly how many milligrams of THC is in the product. Not only does this provide transparency, but it also allows users to dose responsibly. Knowing exactly how much THC is inside an edible created an entirely new generation of edible enthusiasts.

Aside from sheer potency, individuals enjoy modern-day edibles because they offer an ingredients list. Information regarding allergies, gluten, or lactose is mandatory, which is another clear reason why many users are consuming these versatile treats.

Edibles Are Here To Stay

Now that edible companies have cleaned up their act, it’s apparent that edible products are here to stay. With the excitement surrounding cannabis 2.0 in Canada and the rise in popularity of cannabis lounges in the US, cannabis-infused edibles are a significant factor in the marijuana industry.

Cannabis-based edibles have seen a rise and fall in popularity prior to legalization, but current laws have reformed these bite-sized products back into the spotlight.