We’ve moved far past picking out seeds and stems, rolling up, and enjoying the effects. The legalization of medical marijuana in California in the 1990s kicked off a cannabis movement fueled by creating products with incredible potency levels. What started as cross-breeding cannabis strains to get the most potential out of the plant has morphed into highly concentrated extracts and designer weed unrecognizable to the stoners in the 1960s. Combining the key aspects of cannabis innovation birthed a revolutionary new way to get baked out of your mind, moon rocks.

While cannabis consumers has always been labeled lazy and unmotivated to achieve anything besides consuming junk food, anyone close to the industry knows this to be a ridiculous misconception. The truth is that cannabis has been big business for decades but restricted by marijuana prohibition. Since then, the concentrates industry has flourished, and we see new cannabinoids attract attention.

Moon Rocks are one of the most impressive creations by the cannabis community. Their potency levels are unrivaled by any other products in the dispensary, even flower soaked in THC hash oil known as caviar. In this post, we will discuss:

What Exactly is a True Moon Rock?

A moon rock consists of three main ingredients: weed, extract, and kief. The three staples in the industry are combined and enjoyed simultaneously, taking even the most veteran smokers to places in the mind they’ve yet to explore.

The high potency cannabis is dipped in the concentrate and rolled in kief, creating a lunar-like ball that will take you out of the stratosphere.

The debate over the specific type of bud and extract to make a true moon rock is deliberated within the cannabis community. While it is essential to honor the OG moon rocks, the industry has developed its inception, making way for bold new iterations of the potent cannabis concentrate. As long as quality ingredients are used, the moon rock effect is achieved and will deliver the final result, getting about as high as your CB receptors will allow.

Many cannabis connoisseurs argue GSC is the only flower that can be used to truly make a moon rock; however, we believe using high-quality flower will suffice.

Girl Scout Cookies are a classic stain made famous in medical and recreational marijuana shops in California. The cookies trend has taken off to heights no other stain has ever experienced, producing some of the most famous strains today and the well-known Cookies dispensary franchise.

While GSC is a great choice to use when picking out moon rocks or taking a DIY approach, any highly potent strain will do, as long as there are some good-sized nugs. Shake or tiny buds aren’t going to work because they will become too saturated in the concentrate.

Hash oil works great for making moon rocks because of the consistency. The flower has to be dipped or sprayed with concentrate, requiring a liquid substance. Shatter, wax, and budder aren’t quite the right texture to properly engulf the flower in the hash oil.

Live resin and high terpene full spectrum extracts (HTFSE) will also work because their oily consistency can be manipulated to coat the flower. 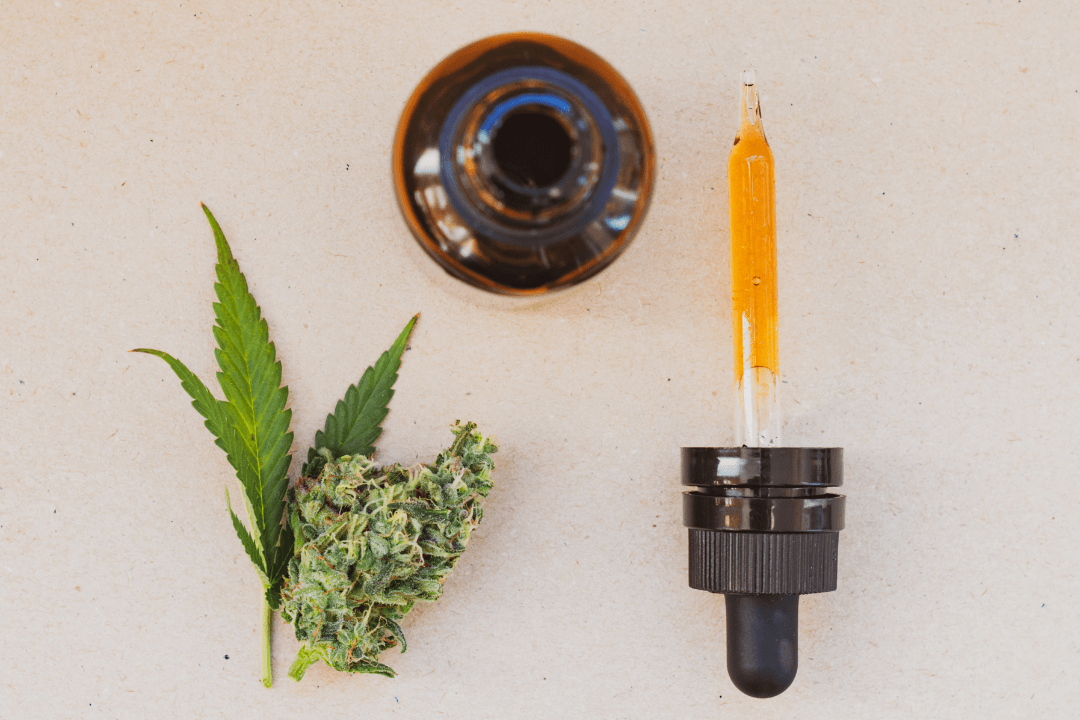 The final step in the moon rock lifecycle is rolling the hash oil-soaked flower in kief. The trichomes stick to the gooey surface of the flower, creating a consistent texture resembling a moon rock.

Kief is collected in the chamber of a grinder or produced with a kief box. The resin glands of cannabis flowers contain the cannabinoids and terpenes that give the plant its unique qualities. Kief usually tests between 40-70% THC depending on the strain and extraction method. The method is known as ’99 percent sift’ can produce nearly pure THC.

Who Was Crazy Enough to Make the First Moon Rock?

The cannabis community has always had a close relationship with hip hop. Some of the most recognizable figures in culture are former or current rappers. While many hip-hop artists pay homage to their love of cannabis through their lyrics, some take their passion a step further. Rappers Kurupt and Dr. Zodiak did just that in 2013 when they introduced the world to moon rocks.

While it’s unclear if the west coast rappers invented the method to increase THC potency levels, they are given credit for introducing moon rocks commercially. The original moon rocks made by Kurupt and Dr. Zodiak used GSC as their flower of choice, hash oil, and kief.

The Evolution of Moon Rocks

The creation has since evolved into a brand called Dr. Zodiak’s Moon Rocks and is available for sale at dispensaries in California, Arizona, and Oklahoma. Unfortunately, cannabis plants, extraction methods, and highly marketable creations like moon rocks can’t be patented because marijuana is still illegal on the federal level. Dispensaries across the US use the same technique developed by Kurupt and Dr. Zodiak to produce and sell their own moon rocks. While it is beneficial for the consumer, the rappers aren’t profiting off their invention due to outdated cannabis policies. Buying a moon rock from a reputable buyer like Dr. Zodiak ensures the potency levels are out of this world. Some dispensaries try to hide low-quality or old weed in moon rocks creating a product that isn’t going to deliver the effect and could be difficult to smoke.

How to Smoke Moon Rocks

Consuming moon rocks is more complicated than regular flower. Simply breaking it up and rolling it up is nearly impossible. We highly recommend using a glass piece and be mindful of butane consumption because they can be tricky to keep lit. Smoking moon rocks may be harsh if you are new cannabis user.

Rolling up a gram of moon rocks into a joint or blunt will result in excessive amounts of wasted weed. The concentrate soaks the flower, making it hard to form a cherry. The only way to successfully smoke moon rocks in a joint is by infusing them into ground-up flower.

Adding small amounts of moon rocks to a joint or blunt will dramatically increase potency levels, and it will stay lit as long as there isn’t too much concentrate in the mixture.

Yes, moon rocks can be harsh especially if you are not experienced cannabis user.

Smoking Moon Rocks in a Bowl

The most common way to enjoy moon rocks is with a glass bowl. However, they are still hard to keep lit, so we recommend using a hemp wick. If a lighter is used, the user will inhale excessive butane, kill brain cells, and alter the high.

If smoking weed were a video game, moon rocks would be one of the final levels, maybe just before smoking pure THC with a dab rig. Thus, moon rocks should be reserved for seasoned veteran smokers who at least have some experience with smoking hash.

We don’t recommend smoking moon rock on a whim. Even experienced cannabis users should relieve themselves of any responsibilities or obligations for at least 4 hours after consumption. Some describe smoking moon rocks could be harsh. Remember to drink water or other liquids afterwards to keep your body hydrated.

There’s a time to welcome new friends into the home to share strains of cannabis products; this isn’t one of those times. Moon rocks should be enjoyed in a comfortable atmosphere with familiar faces. Bringing new personalities could be the recipe for disastrous after smoking the highly potent cannabis infusion.

How Can Moon Rocks Evolve?

Since legalization, the cannabis industry has consistently evolved. As a result, new products and smoking methods are constantly being developed to keep up with the ever-changing market demand. Moon rocks are one of the most innovative methods ever to be developed, but we can bet that the idea will continuously evolve.

Adding new types of extracts like THC-A diamond sauce could be an interesting take that would increase the potency levels even more. The concentrate is a mixture of HTFSE and THC diamonds (THC-A crystals containing over 95% THC). Incorporating diamond sauce could take moon rocks to the next level by adding the latest innovation to cannabis concentrates.

Another way cannabis users are evolving moon rocks is by using cannabidiol isolate instead of kief. Adding high levels of CBD dramatically changes the experience because CBD is an agonist of the CB receptor that creates the effects of marijuana. Cannabidiol could add medical benefits to moon rocks or make the experience more accessible for users who aren’t used to being belligerently high.

Embrace the Future of Cannabis Consumption with Caution

Moon rocks are an example of how innovative stoners can be. By combining three of the most popular ways to consume cannabis into one product, weed heads created a new method to enjoy the effects of THC. We aren’t sure where moon rocks or cannabis concentrates will go in the future, but we expect the culture to continue evolving and producing new methods to get lit.