What is kief? Everything you need to know about cannabis kief

The end of cannabis prohibition in many US states has increased access to alternative ways to enjoy marijuana, such as dabs, hash, and kief. In addition, regulating and taxing cannabis has led to new, innovative consumption methods catering to each smoker’s needs. While smoking kief is far from a new way to get high, it is being incorporated in exciting ways pushing how we enjoy cannabis’ unique properties. 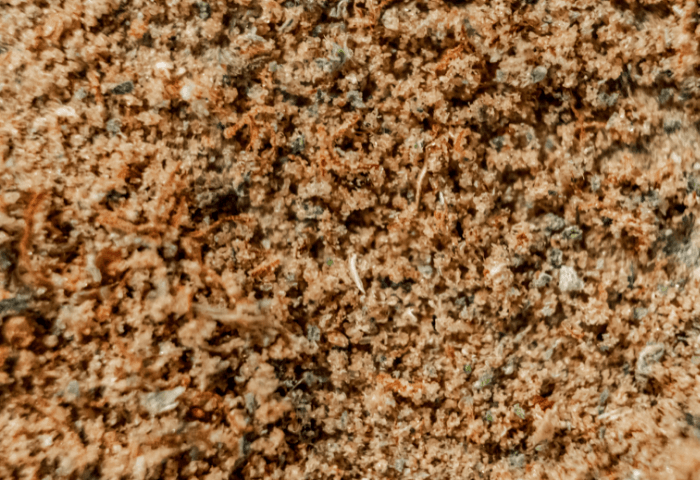 Kief also known as dry sift is a classic but efficient way to experience the psychoactive aspects of marijuana and one of the first ways enthusiasts isolated THC. Long before wax, budder, and terp sauce were featured in dispensaries around the country, precious kief was collected and enjoyed by cannabis smokers. Today, this form of cannabis remains one of the pillars of the marijuana community.

In this article, we are going to break down:

Kief is a highly concentrated way to smoke marijuana. We encourage you to understand the unique properties and be cautious if you’re trying kief for the first time.

What Exactly is Kief?

When you gaze into a highly potent nug of marijuana, you will notice tiny translucent crystals coating the exterior of the flower. These glistening particles carry the essential cannabis compounds creating the plant’s psychoactive and potential health benefits.

These incredible crystals are part of the single most important part of cannabis plants called trichomes. Female plants produce resin from the glands in their reproductive flowers. Trichomes are the small growth protruding from the cannabis flower; the head of each trichome consists of cannabinoids and terpenes, two essential compounds for recreation and medical use, as well as the plant’s survival.

When trichomes are separated from the flower and collected, we refer to the accumulation as kief.

The Essence of Cannabis – Terpenes and Cannabinoids

Kief is so valuable because it contains cannabinoids and terpenes; both help produce the effects of the plant that are sought after.

Cannabinoids are cannabis compounds that directly or indirectly affect our endocannabinoid system or ECS. They are responsible for the high and medical properties of marijuana and hemp. There are over 100 known cannabinoids, but the most common are CBD, THC, CBC, CBN, and CBG. 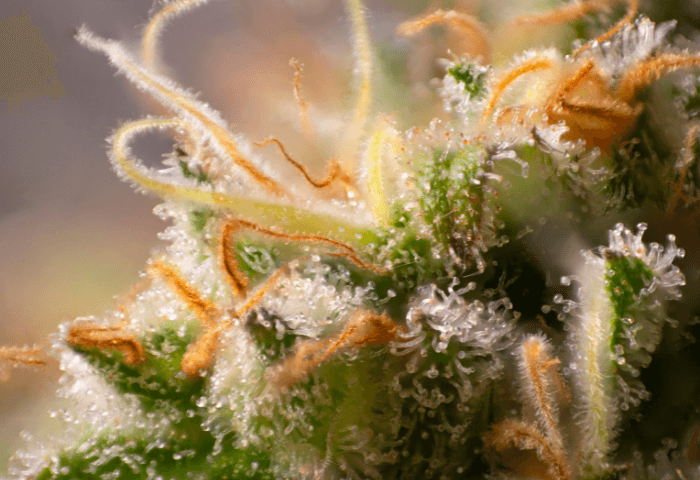 Terpenes are aromatic oils that exist in all plants. They are used to attract pollinators or deter herbivores. Most cannabis species use terpenes to keep predators from eating them. The distinct smell of cannabis is due to its high terpenoid content. The reason why each strain has a unique smell is due to various terpene profiles.

Will Kief Get You Higher than Flower?

The psychoactive chemical in marijuana is concentrated within the trichomes along with other cannabinoids and terpenes. Therefore, one gram of kief contains at least double the amount of THC as a gram of flower.

A hit of kief is much harsher and will get you much higher than a hit of even the most potent marijuana flower. Keif is usually mixed with flower or concentrate, so it isn’t as intense and easier to manipulate. 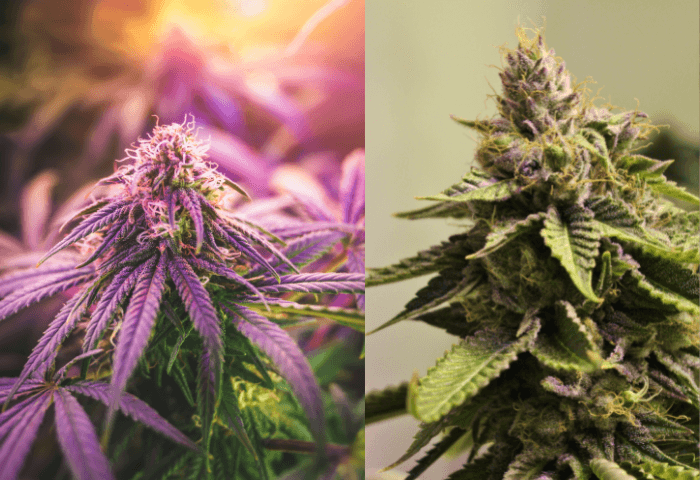 Hash is considered the original cannabis concentrate, and kief is the main ingredient. There are several ways to make hash; all require the separation of the trichomes from plant matter. Hash can be made with large amounts of trim or strictly using kief.

Modern extraction methods are more efficient than collecting trichomes crystals, so they are more potent. Potency depends on the concentrate, but you usually can expect above 75% THC content, so more strong varieties have over 95%. Kief is generally lower in potency ranging between 50-80% THC depending on the quality of the flower.

The difference between kief and concentrates is the production. Concentrates require heat, solvents, or pressure to manufacture. Keif is commonly collected, but there are also methods to separate the trichomes from the cannabis more efficiently using technology.

Most cannabis users save up their trichomes in a kief box or using a special grinder. Once you have enough kief, you have to take advantage, and not any of the valuable crystals go to waste. Below are the best ways to enjoy kief, maximizing every mg.

Smoking Kief in a Bowl

Topping off a pipe or bong bowl with kief is the perfect way to make sure your kief isn’t going to waste. In addition, adding kief to a bowl allows you to control how much you smoke and the amount you light with each hit.

If you are looking for the easiest way to smoke your kief, this is your best bet. 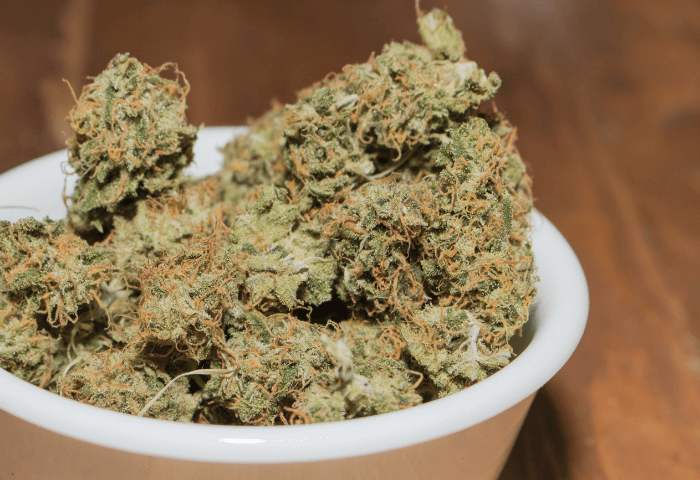 Use Kief in a Joint or Blunt

Kief can also be rolled into a joint or blunt. This method is more complicated than sprinkling on top of some broken-up flower in a bowl. Kief burns a bit faster than flower, so if you want your joint or blunt to burn congruous, you should mix it with your bud.

Use Kief in a Vaporizer

The best way to vaporize kief is mixed with flower. Unfortunately, kief burns differently than dry her and concentrates, so most pens aren’t optimized to burn trichomes. 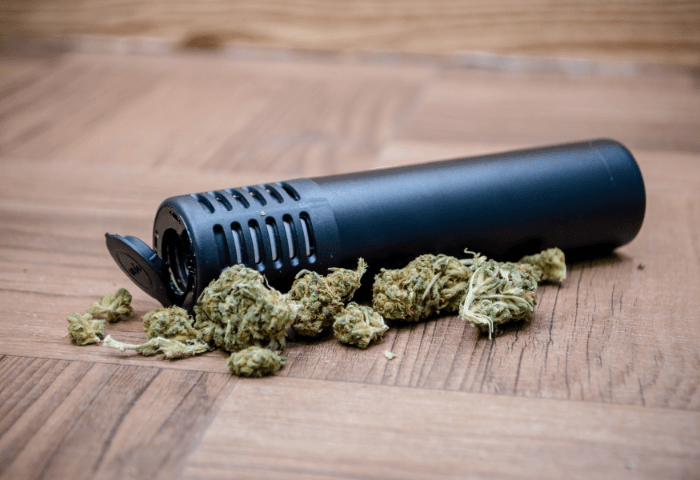 Our favorite way to enjoy kief is with moonrocks. A moonrock is a nug of flower dipped in hash oil and rolled in kief. The idea is preposterous and gets you incredibly high. Kief adds an intensely concentrated dose of cannabinoids and terpenes with every hit.

A moonrock is much more potent by weight than flower due to added high potency ingredients, hash oil, and kief. Most moonrocks have a THC potency level of 50-70% THC depending on the quality of flower used.

How to Make Moonrocks

The first moonrocks were made famous using the legendary strain GSC. Of course, you can use any strain you want, but dense, cylindrical nugs work best.

First, apply hash oil to your nugs. Hash oil from a syringe is the easiest, most available method. You can also use any concentrate with a runny consistency. Make sure to cover your nug in concentrate entirely so that you can have a nice coat of kief.

Once the nug is covered in sticky hash oil, roll it in a pile of kief. Depending on how many moonrocks you are making determines the amount of kief you will need. We recommend about a quarter gram for every medium-sized nug. The kief will stick to the outside of the nug, creating the appearance of a lunar rock.

Smoking moonrocks is tricky. The best method is to use a pipe, hookah, or bong. If you try to roll up a moonrock or use your dab rig, it will work, but you’ll be wasting much of your new canna-creation.

How to Collect Kief for Personal Use

Capturing the trichomes from cannabis flower is a practice done by growers, manufacturers, and enthusiasts. The kief produced by the plant’s resin glands is the most valuable aspect of cannabis and can make other concentrates or intensify any smoke session.

Collecting kief at home is usually done with a grinding or kief box.

Specialty grinders have a screen that allows kief to fall into a separate chamber when the flower is being ground up. After you run a couple of ounces through your kief grinder, you will have a gram or more of kief, depending on the strains. 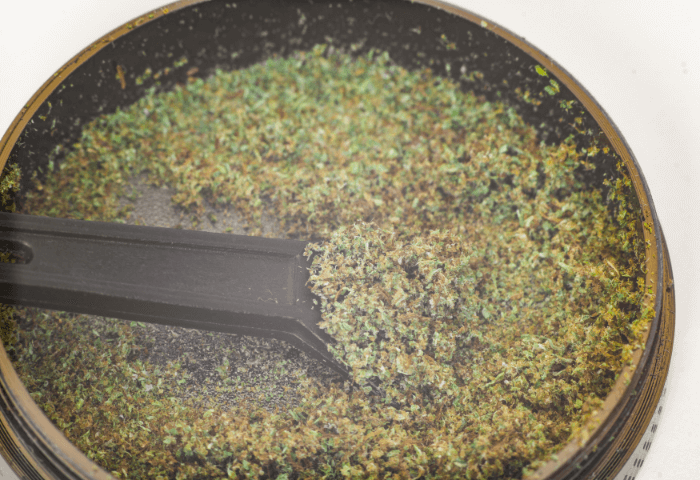 Another kief collection method is done with a kief box. If you buy large quantities of flower at a time, this is the best route. The kief box is used to store your flower, and as you move it around and break up larger nugs, trichomes fall through the screen and into a collection compartment. Then, when you’re ready to smoke some kief, the area that stores the kief can open or slide out of the box.

How Kief is Extracted Commercially

Cannabis manufacturers and growers commonly use large dry sifts to separate trichomes from their plant matter. These are machines designed to shake off the crystals and catch them in a separate chamber.

The most efficient way to remove kief is by freezing the flower. The trichomes harden and break off much easier than they would naturally. Manufacturers use kief to make concentrates like dry sift hash or sell kief as a stand-alone product.

Many growers also extract kief from their trim. Trichomes build up around the nugs on stems and parts of the leaves. Instead of throwing their trim away, they can run it through a dry sift to make concentrates.

How Much Kief to Expect from an Ounce of Flower

The amount of kief you will collect depends on your strain. Marijuana plants have been genetically modified with selective breeding to yield higher levels of THC. However, some strains still produce an extra frosty flower that is better suited for producing kief.

While the amount will vary, if you have an ounce of potent marijuana, you can expect about a gram of kief in your grinder.

If you want to extract as much kief from your flower as possible, freeze the weed and then use a kief grinder or box to collect the trichomes. The flower remaining flower won’t be very potent, but you will maximize the amount of kief from the ounce.

Hash is a staple of the cannabis community that dates back hundreds of years. People have been enjoying the concentrate because it is highly effective and easy to make.

We recommend only making hash if you have at least a couple grams of kief saved up; otherwise, it will be too difficult to press. You can make dry sift hash with:

Place your kief on top of a piece of clean parchment paper. Consolidate into a square and fold over the parchment paper concealing the kief. Cut off the excess paper.

When your kief feels hard, unwrap the parchment paper. If any falls apart, you can repeat the steps using more pressure. Making dry sift hash is the easiest way to make cannabis concentrate, and you aren’t using a solvent.

How to Store Kief

Making dry sift hash is a great way to store kief if you don’t plan on smoking it for a while. Compressing the kief protects the majority of the surface area from oxygen. However, we do recommend keeping the hash in an airtight plastic bag or glass jar.

Keep that isn’t compressed should be stored with more care. Place the kief in a plastic bag, inside a glass jar, and in the refrigerator to retain maximum potency levels over time.

When making kief, the stain you use is incredibly important. Many strains produce more trichomes than others. Below are some of the best strains that produce an abundance of high-quality trichomes. 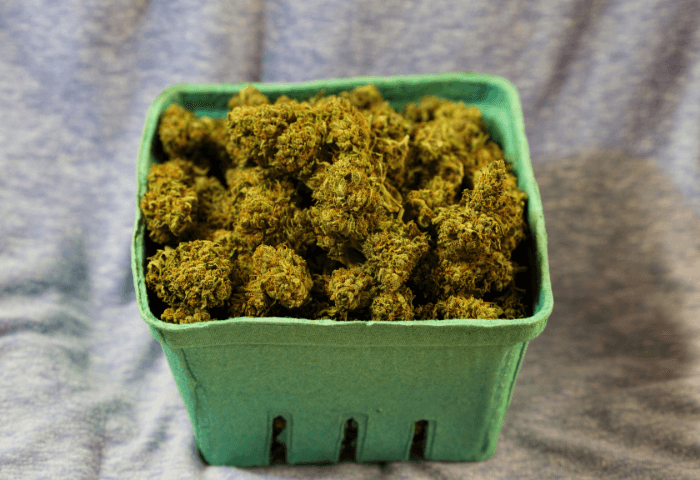 Kief is very potent and should be treated with respect. If you’ve never smoked concentrates before, kief is a great place to start, but you still should proceed with caution. Try a sprinkle of kief in a bowl before you take a moonrock to the head.