The Other Cannabinoids: CBG, CBC, and CBN

Cannabis is one of the most complex plants because it contains a plethora of compounds that each carry unique effects. The primary cannabinoid found in cannabis, THC, is lauded and condemned for its psychoactive effects. CBD has recently become the face of the cannabis industry due to its therapeutic properties. With over 500 distinct compounds found in cannabis, it’s a wonder why you’ve never heard of the other cannabinoids.

Read along to discover what these other cannabinoids are – and how they affect you.

Cannabigerol is one of the most important cannabinoids you’ve never heard of. This non-psychoactive compound is the precursor to both THC and CBD. What does this mean? It means that without CBG, the cannabis plant wouldn’t be able to produce the cannabinoids we’ve come to know and love.

CBG is produced within the developing cannabis flowers, and before the plant matures, virtually all of the CBG is used to create THC  and CBD. It’s for this reason that it’s rare to find high concentrations of cannabigerol via lab analysis. 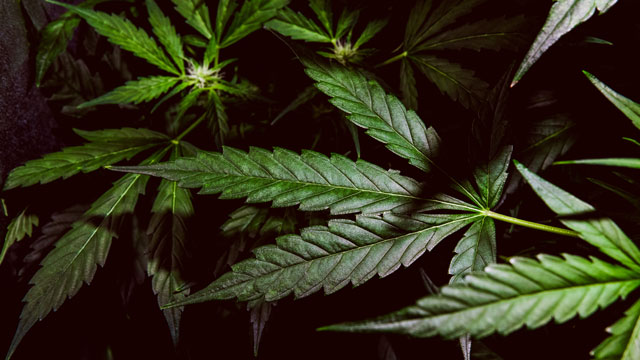 However, researchers have become heavily interested in this compound because it appears to have medicinal benefits that are otherwise unknown to the scientific community. Isolated CBG is found to relieve inflammation, pain, glaucoma, cancer, appetite stimulant, and bowel diseases.

CBG interacts with both the CB1 and CB2 receptors groups and is even believed to reduce the psychoactive effects of THC. Interestingly enough, CBG is also believed to increase the level of anandamide – a primary endocannabinoid that’s responsible for your mood, appetite, and sleep. Anandamide is known to increase dopamine within your body, which has vast health implications.

In specific clinical trials, CBG has shown effectiveness in reducing inflammation that’s associated with Crohn’s disease. In another study, cannabigerol showed promise in fighting against glaucoma.

However, the caveat with CBG production is that it’s difficult to isolate in cannabis plants that contain high levels of THC. Instead of searching for this compound via THC-rich cannabis, researchers have begun collecting it from specific hemp cultivars that contain tiny amounts of THC and CBD. By using these low THC and CBD hemp cultivars, scientists can collect CBG that hasn’t been converted to other cannabinoids.

Cannabichromene is a non-psychoactive cannabinoid that’s currently being researched for a wide variety of medicinal benefits. It’s created in a similar way to that of THC and CBD – by the precursor CBG. CBC is typically found in small amounts in both THC-rich cannabis and hemp.

Research thus far points to CBC as a potent compound that’s capable of relieving inflammation, chronic pain, neuropathy, and bowel syndromes. If you’ve noticed, these are very similar to that of CBG.

One of the most important aspects of CBC is that it acts as a neuroprotectant. CBC helps the brain by stimulating the development of brain cells in a process known as neurogenesis. It’s also been studied to fight against cancer and tumors.

Therefore, CBC is possibly the first cannabinoid that directly interacts with the CB2 endocannabinoid receptor group. This is a landmark discovery because the implications are that CBC can directly trigger the CB2 group for potent therapeutic effects.

Cannabinol is created in a unique way that has been misunderstood by the cannabis community for years. Marijuana cultivators used to (and still) believe that, as cannabis flowers mature, the  trichomes “age.” Although this is technically true, they are missing a key component as to the effects that this aging process causes.

If you’ve ever grown cannabis plants before, you’ll know that it’s recommended to check the color of trichomes to determine the ideal time for harvest. Clear trichomes mean too early, cloudy trichomes are ideal, and amber trichomes signify that it’s overripe. Now, consumers and cultivators should both understand that overripe trichomes contain an abundance of CBC – not THC.

CBN works in a multitude of ways within the body. It’s believed that CBN interacts directly with the CB1 receptor group, while simultaneously triggering other compounds to interact with the CB2 group. CBN interacts with the TRPV1 protein, which is similar to that of CBD.

By triggering the TRPV1 protein, it indirectly stimulates the CB2 receptor group. Due to its ability to affect both the CB1 and CB2 receptors, CBN is known to reduce pain, inflammation, bone degeneration, seizures, anxiety, insomnia, high blood pressure, and skin issues.

Every Cannabinoid Makes a Difference

Overall, it’s essential that you understand that each cannabinoid is capable of producing significant effects. As we’ve already stated, there are over 500 distinct compounds found within cannabis – with over 100 of them being cannabinoids. This means that are potentially over 100 unique effects that can positively affect your health.

Cannabis research is still in its infancy due to marijuana’s long-time classification as a schedule-1 substance. Now that THC-rich cannabis has been legalized in a large swath of the USA, you can expect to see more information on many other cannabinoids. Additionally, the legalization of hemp is a major stepping stone to add additional research of cannabinoids.

As more research of cannabinoids occurs, you’ll have the power to utilize these specialized compounds to your benefit.